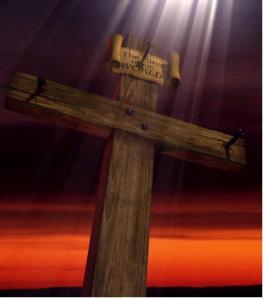 So, I’ve got a little time this afternoon … so let’s run a little checklist from what’s happened in the past year, shall we?

– GITMO (prison in Cuba) promised to close … Still opened – FAIL
– Iraq war will end … Still fighting and Americans still dying – FAIL
– President will allow five days of public comment before signing bills – FAIL
– Afghanistan war will end … Now surging up to 40,000 more troops – FAIL
– Health Care “Reform” … Socialism now firmly in place and the beginning signs of a dictatorship have been voted on and approved by the Senate – FAIL

And my personal favorite:

Hope and Change are coming?
When? Where? I don’t know either …

What I do know, is that this world desperately needs to realize that Jesus Christ is the only answer that we have ever been given that can be counted on. What we are seeing right now is the beginning of our decline and the birth pains resulting from our national rebellion for decades. God is not playing games with us, and it’s high time that we realize that.

Wake up people … the cross is your ONLY hope of redemption, not the government puppets who are slave to only their own desires.

Isaiah 9:6, “For to us a child is born, to us a son is given, and the government will be on his shoulders. And he will be called Wonderful Counselor, Mighty God, Everlasting Father, Prince of Peace.
Repent and turn from your ways my friends … Jesus is the only answer.

Servant of Jesus, husband to Michelle, proud dad of three, pastor, political commentator, retired Air Force TSgt, and IT geek. Thank you for stopping by and visiting my blog; I really appreciate it and feel quite honored that you have. Please feel free to drop a comment if you feel led to do so on any postings that are here. May the Lord bless you and your family always. View all posts by Rev TJ Conwell