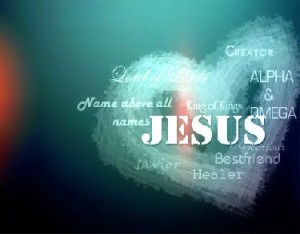 As most know, I am a staff writer for the website GotQuestions.org, and I received a question that I wanted to share as well as the answer that I provided. The question had to do with comparing Greek mythology and the story of Jesus and prayerfully, I think it’s something we can each take a look at and grow stronger from!

Why is the story of Jesus true and Greek mythology a myth?

Thank you for writing to us. The main litmus test for things like this is to consider the definition of the word, myth. It means, “a widely held but false belief or idea”.

When you consider the life of Jesus, there are several things that are proven, reliable, historical facts that: a man named Jesus of Nazareth did live, He did travel widely in the region of Galilee, He was arrested and convicted of blasphemy, He was executed, and He did appear in physical form to over 500 people AFTER He was crucified. These are all historical facts we cannot deny.

On the other side of the coin, when you take a look a Greek mythology, you have to ask yourself some critical questions such as: Have you ever seen the Kraken? Has anyone ever seen a Medusa? Where is Mount Olympus located and why has it never been found? Just on the surface, Greek mythology is just that, mythological beings that have never been proven as real, but in fact were man-made stories by those in ancient Greece to explain that they are not in charge, but had to admit that someone/something else is. (For example, if they (the Greeks) were in charge … why could they not stop things like death, disease, famine, etc. from happening?)

On the other hand, from the Old Testament to the New Testament, there are literally thousands of archaeological, historical, and geographical markers that testify to the reliability of these things, places, and events happening … even if people choose to not want to believe them. For example, have you ever taken a look at the places, locations, people, and events discussed throughout the Bible? Each location and even down to the ruler(s) in charge are factual, but suddenly when it comes to Jesus of Nazareth and the fact that you must accept Him for salvation, that is the one item everyone wants to discredit?

At the very least, we have to ask “why is that” and the answer is simple: because mankind is sinful and we don’t want to confess that (see Philippians 2:10-11) “… at the name of Jesus every knee should bow, in heaven and on earth and under the earth and every tongue acknowledge that Jesus Christ is Lord”. We as humans want to consider ourselves gods and the ability to make other things out to be gods, without ever acknowledging the One who created it all, sent His Son to die for us, and only through the sacrificial death of Jesus can we be reconciled and forgiven.

Strangely enough, it is FAR easier for man to believe in something that couldn’t even exist biologically or in nature then it is to believe in a man, created by God and born of woman, who actually died and was resurrected. Now, if that doesn’t say something about our heart’s condition, I don’t know what does! God bless and prayerfully when you look at the historical facts presented in the Bible, you will not discredit the most important fact in which Jesus said (John 14:6), “I am the way and the truth and the life. No one comes to the Father except through me.” ~ Rev TJ