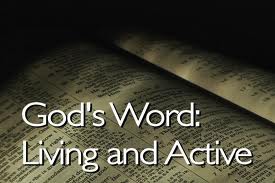 Many know that I am a staff writer for the website GotQuestions.org, and this morning I received a question that I wanted to share as well as the answer that I provided.  In our attempt to understand the mind of God, we must always remember that we are NOT His equal; and in everything God is the One who reveals things to us, not the other way around.  God bless you as you continue to study His Word!

Question: Hello, Basically my question is actually comprised of a series which essentially look to find purpose in Gods reasoning. Firstly, why would God create Adam and Eve if (Him being omniscient) he knew that they would sin. Secondly, why create Lucifer if he knew that he would rebel against him becoming Satan, and tempt Adam and Eve into sin. Thirdly, why place a forbidden tree in the garden that would be the mechanism by which Mans sin would occur. Fourthly, having looked for answers, on your website, the answer that I got basically claimed that everything which happened is happening and will happen, is such in order that Gods plan be made manifest, and that everything that happens occurs in order to proclaim Glory to God. Ultimately, tieing all these questions into one, why does Mans initial sinning and eventual salvation have to be the root by which Gods Glory is expressed. I know that there are some things that are meant to be known by man and that some things are meant to be only kn own by God, but I really would like a reasonable answer or something that comes close to it. I have read that the foolishness of God is wiser than the wisdom of men, but everything regarding that happened during the Fall, does not seem very logical.

Answer:  Thank you for writing to us.  Your question is one that has been asked by all believers, but you have almost given away the thought process to answering it in your final sentence.  You said, “but everything regarding that happened during the Fall, does not seem very logical.”; which in essence is the key to everything.

We (humans including you and I) cannot try to understand the mind of the Lord by using human logic or human reasoning.  This is where we try to put ourselves on the same level as God, which is not only sin (thinking we are God’s equals), but also means that we must understand the reasoning of our Creator just because we have a brain.  Two specific passages come to mind in this thought where God directly corrects mankind for thinking we are His equal:  The first is Isaiah 55:8, “For my thoughts are not your thoughts, neither are your ways my ways,” declares the LORD.”; and the second is found in the book of Job, chapters 38-39, where Job questions God with the same approach and receives a complete rebuke (practically a smackdown) for doing so.

However, allow me to address the main question you have asked which ties all of this together.  You said, “Ultimately, tieing all these questions into one, why does Mans initial sinning and eventual salvation have to be the root by which Gods Glory is expressed.”

The expression of the Glory of God through all this is found in multiple instances throughout Scripture; with one focus: to reveal the Messiah, or the Son of God, who is Jesus Christ.  God was never caught off guard by man’s actions, nor was He caught surprised by our sin, nor was He shocked by Satan’s reaction/action in the Garden of Eden.  Hebrews 13:8 says, “Jesus Christ is the same yesterday and today and forever”, which is a direct tie-into Genesis 1:26 says, “Then God said, “Let us make man in our image, in our likeness, and let them rule over …”.  When God spoke these words in Genesis 1, He was talking to Jesus!!  He was not talking to the angels, nor was He talking to Himself, but to the very Son whom He would send to redeem His creation back to Himself.  This is why Paul writes in Romans 5:8, “But God demonstrates his own love for us in this: While we were still sinners, Christ died for us.”

It was always God’s intention, by completely understanding the frailty and sin of man, to provide a way to redeem His creation back to Himself in the only way possible; through the shedding of a perfect sacrifice’s blood.  Throughout the Old Testament we see the importance of the blood sacrifice for the forgiving of sins; but the sacrifice that redeemed all of creation was the sinless, spotless offering, of Jesus Christ who said in John 15:13, “Greater love has no one than this, that he lay down his life for his friends”; demonstrating that He will freely give His life so that we (if you read all of John 15) who are called His friends (that is, those who believe and accept Him as Savior), would be redeemed.

I pray that this helps you as you continue to study His Word and look to understand (as best as we can through the revelation of the Holy Spirit), that before we were ever thought of being born, Christ went to the cross for our sins.  God bless you!  ~ Rev TJ Conwell

Servant of Jesus, husband to Michelle, proud dad of three, pastor, political commentator, retired Air Force TSgt, and IT geek. Thank you for stopping by and visiting my blog; I really appreciate it and feel quite honored that you have. Please feel free to drop a comment if you feel led to do so on any postings that are here. May the Lord bless you and your family always. View more posts

5 thoughts on “Can we understand God’s thoughts?”